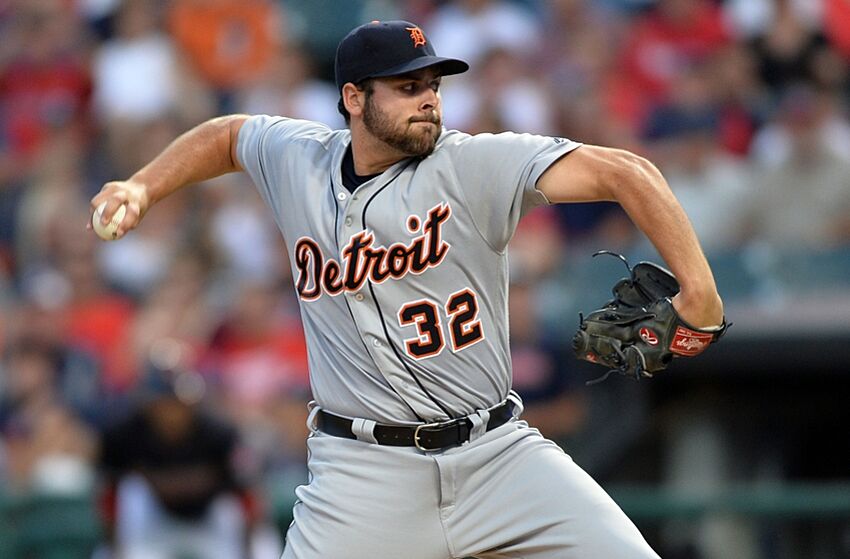 The National League MVP is down to just one or two batters, and the American League MVP seems fairly clear cut. The American League Rookie of the Year campaign is one that, a) isn’t being talked about very much, b) is a complete crapshoot. So let’s look at some names to keep our eyes on.

Let’s start with a simple Fangraphs search for American League rookies. The first name that pops up? Gary “Kyle Schwarber” Sanchez. I immediately think, alright, yeah this is over. However, looking at his plate appearances and games played, he just doesn’t have a lot of service time this year compared to number two in the query, Tyler Naquin. Naquin has 106 games compared to Sanchez’s 41. In addition, Naquin has 333 plate appearance compared to Sanchez’s 178. This really makes it hard to qualify Sanchez.

The case for Naquin is large. In his season, he has accumulated 2.1 fWAR, while triple slashing .302/.372/.539. His weighted on base average (better OBP) is .381 which would put him way above average. The offensive numbers translate really well and you would think he would be worth more in WAR. However, Fangraphs doesn’t like his defense. They use Defensive Runs Saved and Ultimate Zone Rating in their WAR calculations, and DRS and UZR are simply not reliable enough.

If you proceed to look at Baseball Reference you’ll notice that they really don’t like his defense. Let’s see if we can figure out why. Baseball Reference uses components of DRS to evaluate defensive status. All of those numbers, reliable or not, massively impact how his WAR numbers look because they are so bad. I wanted to get a better representation of what his actual talent is. A good way of looking at that is the Inside Edge Fielding data on Fangraphs. The way that data is read is not very complicated and can be found in more detail here. Here’s the conclusion on Naquin.

He makes the catches he should. The easy fly balls. Everything else he struggles with. Of the 51 opportunities he’s had, where the odds of him making the catch were forty percent or less, he hasn’t made a single one of those catches. However, of the 159 “routine” catches, he’s only messed up 3 of them. Ultimately he makes the catches he should. WAR won’t represent that so the number may not be fair to Naquin. Offensively, he’s definitely been the best player with a good sample this season.

There’s one more player that’s in the hunt for the award. That’s Tigers pitcher, Michael Fulmer. Among pitchers with at least 140 innings pitched, his earned run average is second in the American League. Ahead of him is Masahiro Tanaka, and he’s tied with Chris Sale. Fulmer has been really, really good. Baseball Prospectus has his WARP at 3.3 (much more reliable than Fangraphs’ WAR because it uses DRA instead of FIP) and a cFIP of 88. cFIP is used in the same way ERA- or OPS+ (cFIP counts down) is. That puts him 12 percent better than league average. Considering he’s a rookie, that’s impressive.

So what about walks and strike outs? A rookie pitcher has a stigma attached to him that he won’t have command. Is that true for Fulmer? One word: Haha. His strikeout rate is a little below league average, by just 1.1 percent, so he’s striking some batters out, but his walk rate is only 6.5 percent. League average for the season is 8.2 percent. He’s only had thirty nine walks in almost 150 innings pitched.

Compared to all of the other American League rookie pitchers, he’s really in a tier of his own. Sean Manaea is right there with him but he’s not been consistent enough to be a) considered for the award, b) to be considered against Fulmer. Michael Fulmer is the best shot at the Rookie of the Year if you’re picking a pitcher.

Just for fun, let’s look at how good Gary Sanchez is and potentially why he could be considered. In 43 games, he’s hit 19 homers. That’s good enough for second among AL rookies. In FORTY-THREE games. His weighted runs created plus (wRC+) would be a casually amazing 191. His Isolated Power, which subtracts average from slugging percentage, is .383. League average among all AL players this year is .167. Oh, and speaking of his slugging percentage, it’s currently at .710.

Gary Sanchez: baseball phenomenon. Even though I clearly said why he won’t win earlier, he should win simply because he’s been so much better than everyone else. Oh yeah and he leads American League rookies in WAR.

So the case has been laid out for both Fulmer, Naquin and Sanchez. Ultimately it’s going to Fulmer. Why? He joined the Tigers last year and has pitched like a number two starter on a good, borderline playoff, team. Naquin has been in the background of what will be a division winner. There’s nothing writers love more than “impact talent” and that’s exactly what Fulmer has been.