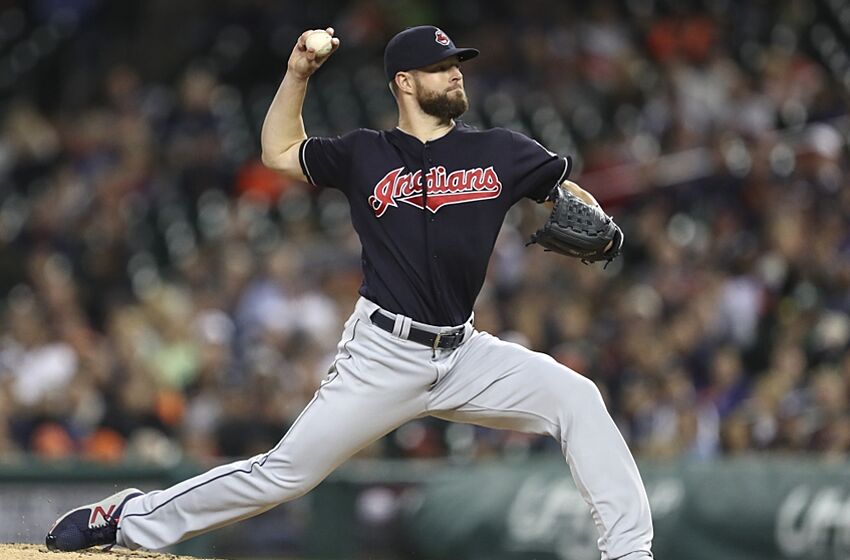 The Statliners team has voted on all the major awards, and we’ll be presenting our winners with a little bit of an explanation. With the National League MVP decided, we bring you our American League Cy Young award winner.

Some awards this year, like the National League MVP, are pretty cut-and-dried by now. On the other hand, the American League Cy Young race is a mess. Realistically, you could make a case for around 4-5 different guys, and the arguments are compelling in each case. But obviously the most scientific way to figure out who was best this year is a writers’ poll*, and in a close vote, Statliners is proud to award Corey Kluber the title of ‘these people’s idea of who was best’. High praise.

*not the most scientific way

In all manner of speaking, Kluber has had an outstanding year. You know who else has had an outstanding year? Chris Sale. And Rick Porcello. And Masahiro Tanaka. And Michael Fulmer. And Zach Britton. And even Justin Verlander, Jose Quintana, JA Happ, and Marcus Stroman have all had very good years. But this is for the best of the best, and really in the end, it comes down to Kluber, Sale, and Porcello.

But before we pick nits among those three, there is that elephant in the room: Zach Britton. What can you say about the guy, he has utterly dominated the ninth innings of Orioles games this year? 0.64 ERA, 9.65 K/9, 0.839 WHIP, 0.14 HR/9, those are all video game numbers. But, it was only for 64 innings. An argument can be made that he pitched some of the most important innings for the Orioles, and his MLB-record streak of 46 straight appearances without giving up an earned run is amazing.

I would have very little problem if the BBWAA voters decided that Britton’s pitching season was the best in the American League, but our voters (myself included) went with starting pitchers as most valuable. Britton did pick up one vote for Cy Young here at Statliners. And that was actually one more vote than one of the “Big Three” got in our poll (more on that later).

Alright, now that Orioles fans have stopped reading this, we need to look at the top 3 candidates for the Cy Young. And here’s where it gets tricky:

So, now what? How can you realistically say one of these guys was more deserving than the others? It is just too close to call. I have zero idea how the other Statliners voters came to their decisions, so all I can do is try to piece together MY vote. Luckily enough, I voted for Kluber, or this entire article would make no sense.

First off, there are too many choices. So let’s do this House Hunters style, and just get rid of one candidate right off the bat before deciding. And for that, I am fine with taking Porcello out of the running. He has had an outstanding season, leading all starters in WHIP, but his low strikeout rate means to me that he has maybe relied on the excellent Red Sox defense behind him more than the other two guys did.

And while other sets of voters may think differently by glancing at other stat leaderboards (cough cough 22 pitcher wins), Porcello didn’t receive a single vote for Cy Young among the Statliners voting contingent. Maybe everybody did it House Hunters style? No? Well, alright then.

Chris Sale has been dominant all year, but especially picked it up as the season wound down for the White Sox. Corey Kluber has been Mr. Consistency, always up towards the top of the leader boards throughout the season. By the end of the season, these two stood out the most from the pack. But how to choose between them? I really don’t know.

Sale leads in WHIP, DRA, and two of the WAR categories. Kluber leads in ERA, K/9, FIP, and the other WAR category. And to be honest, the other guy isn’t very far behind at all in any of these. In the end, the ever-so-slight ERA and K/9 lead for Kluber tipped the scales for me, but even then, it was tough. Kluber and Sale are actually tied with 227 Ks each, only Kluber has done it in 6.2 innings less work. But then again, Sale has pitched 6.2 more innings, so…no, it’s too late, my vote is already cast for Kluber.

And I wasn’t alone, as Statliners voted 11-3 in favor of Kluber over Sale. (Tanaka also got two votes, for being American League ERA leader, I assume). But if the vote had ended up 11-3 in favor of Sale, I would not have been shocked either. That’s how close this Cy Young race is, and it’s anybody’s guess who will win the real thing.