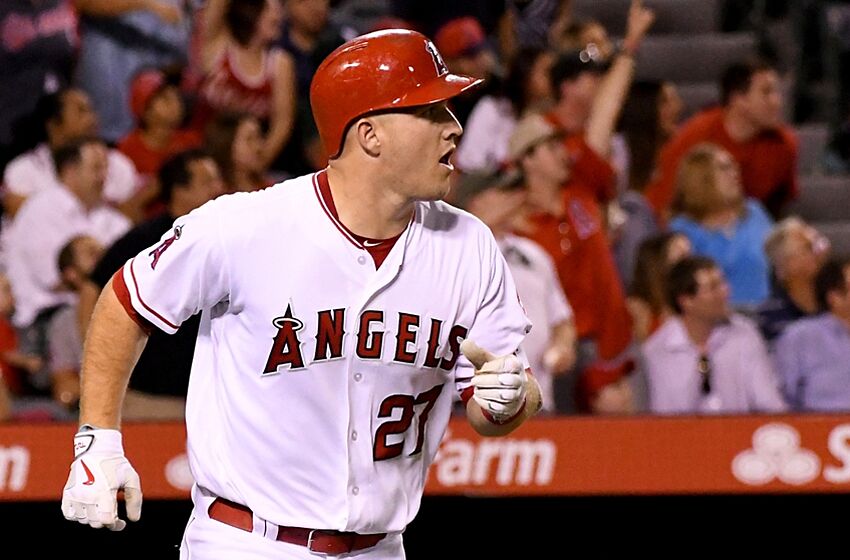 The Statliners team has voted on all the major awards, and we’ll be presenting our winners with a little bit of an explanation. In this installment, we give you our American League MVP: Mike Trout.

Some things in this life are simply inevitable: Game of Thrones will be heavily watched, Beyonce’s latest album will go platinum, and Mike Trout will be the best player in baseball. Yes, Trout’s greatness has come to be one of those truths we can rely on each and every year. You hardly even have to look up his numbers to know he’s the best. It is one of those facts we can easily accept without any real doubts.

Unfortunately, as my colleague Sam Fels pointed out, the wording of “Most Valuable Player” has led to horrendous arguments about what “value” means. How can a player on one of the league’s worst teams win the award? Putting aside that it’s been done before anyways (Ernie Banks ring any bells?), it has become something of a contentious debate.

If the player is that valuable, detractors say, should they not have been able to make their team competitive? Of course, this is demonstrably false and not how baseball, or team sports in general, actually work. It takes a village and all those other nice cliches.

You need empirical data, though, to be convinced. I understand that, and with Trout it really is not hard to deliver these statistics. Trout leads all of baseball with 9.2 fWAR and 10.5 bWAR, while coming in second only to Kris Bryant with 8.6 WARP. He has hit a Herculean .313/.441/.559, good for a 173 wRC+, also leading all qualified hitters. He has also posted 8.2 base running runs, second only to the speedy Mookie Betts. Did I mention he’s only 25 and plays a premium position?

Trout has already posted 47.5 career WAR in roughly five seasons. He’s really only one more great season away from a Hall of Fame worthy career. Trout is the type of talent who maybe comes around once in a generation. Yes, he deserves to be on better teams than the ones the Angels have been fielding. However, that does not and should not disqualify him to win the American League MVP. This type of thinking will twist otherwise logical people into knots.

I’m well aware of the fact that Trout is not an exceptional defensive center fielder. To the point that we can quantify defense, Trout is no more than an average glove. His -.6.7 FRAA and -0.6 UZR point to this as being true, but the fact is that everything else he does simply outweighs this. He can easily transition to the corner outfield spots later in his career and still be nearly this good. His ability at the plate is transcendent.

Watching Trout play is one of those rare experiences where you feel like you’re witnessing history be made. We will all look back on his career someday and think of him wistfully. We will tell our children and grandchildren of his greatness. If they do not believe us, we will show them the WAR leaderboards from his playing career, in full 16K Ultimate Super Definition on Our Ocular Projection Matrices.

Mike Trout may not win the American League MVP, but I find that he is the obvious choice. Nobody else really comes close to matching his level of dominance. It will one day be seen as a great oddity that Trout came away from this brilliant five-year stretch with a mere one MVP award. It will be looked upon as one of the great embarrassments of our national pastime, as it should be.

Much like the Spike Lee film of the same name, I implore the voters to do the right thing. Vote for Mike Trout for the American League MVP and let democracy work the way it was meant to.